“A POPULAR GOVERNMENT without popular information or the means of acquiring it is but a prologue to Farce or Tragedy or perhaps both,” James Madison wrote. “A people who mean to be their own Governors must arm themselves with the power knowledge gives.” The question in any democracy, but especially a direct democracy in which citizens legislate at the ballot box, is how much voters do in fact know.

A prior question may be what voters think they know. When the Public Policy Institute of California (PPIC) polled Californian voters in December, just after the most recent election, fewer than half the respondents said that they had confidence in their fellow voters to make public-policy decisions at the ballot box. This was the first time in PPIC’s polling that a majority appeared sceptical about the initiative process. But voters seem to be more concerned only about the state of other voters’ knowledge, not their own.

This must be why most respondents to the same poll said they were either “very happy” or “somewhat happy” that they had nine measures to decide on this latest ballot. This response was similar to that in 2008 (12 measures) and 2006 (13). Many Californians believe that the initiative process needs major (42%) or minor changes (34%). But two-thirds of voters are generally “satisfied” with the way it is working.

This implies that voters are reasonably confident in their own understanding of the state’s affairs. Indeed, in another poll in January a majority of likely voters told PPIC that they have either “some” or “a lot of” knowledge about how state and local governments spend and raise money.

But when presented with a list of the state’s four biggest spending categories, only 22% of likely voters correctly named public schools as the largest. The most guesses (41%) went to prisons, which are actually the smallest category of the four. More specifically, the largest group among those who expressed confidence in their own knowledge incorrectly chose prisons as the biggest item.

Their grasp of state revenues was no better. Only one in three likely voters correctly named the personal income tax as the main source of money, with many choosing motoring charges (a paltry 2% of state revenues). Only 9% of likely voters correctly identified both the largest revenue source and the largest spending destination. As PPIC drily summarises, “most Californians’ views about the budget are not based on an understanding of where the money comes from and where it goes.” 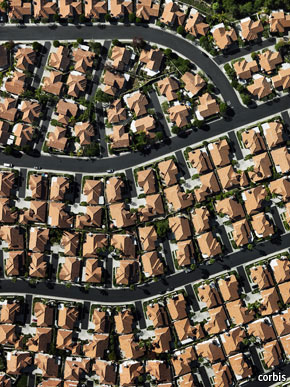 Ask me about Proposition 13

This was a very general knowledge test, but individual ballot measures require much more detailed understanding. So a different survey, the Field Poll, on two occasions in recent years asked specifically about the most famous initiative of them all, Proposition 13. Since voters passed it in 1978, it has remained in the news constantly because it touches every aspect of state policy and finance. One of the most basic facts about Proposition 13 is that it applies the same tax cap to all property, whether residential or commercial. A recurring reform proposal would introduce a “split roll” so that commercial property can be taxed differently. Proposition 13’s defenders then hit the airwaves to denounce the proposal. In short, it is hard to miss the fact of equal treatment for all property. So the Field Poll asked what it considered the easiest question: whether Proposition 13’s tax reduction applied “only to residential property taxes, only to commercial property taxes, or both”. Only about one in three respondents correctly answered “both”.

However, the main surprise was hidden in the details. Political scientists normally assume that the older, more educated, wealthy and attentive voters are, the better informed they will be. But Kimberly Nalder, a professor at California State University in Sacramento, discovered that in this instance the opposite was true. The factors that usually indicate greater knowledge instead predicted “not only a lack of accurate understanding but actual misinformation”.

Thus Ms Nalder found that the best-educated (those with more than a master’s degree) were most likely to answer incorrectly that Proposition 13 applies only to residential property. Those with the least education (high-school dropouts) were most likely to get it right. Similarly, those who were already of voting age when Proposition 13 passed were most likely to answer incorrectly and the youngest correctly. The same pattern held for income, with wealthier respondents being more likely to be misinformed. Perhaps most intriguingly, the largest group among homeowners (who directly benefit from Proposition 13) were misinformed, whereas the largest group of renters (who do not benefit) answered correctly.

These results are puzzling and troubling. As Ms Nalder suggests, perception (as opposed to knowledge) of issues such as Proposition 13 appears to have more to do with “self-interest and a potential blindness to issues outside of one’s own experience” than with the content of the legislation. This would explain why those respondents who were “non-citizens” or “registered elsewhere” (probably recent arrivals) were more likely to give the correct answer than voters who are registered where they live.

It’s all too difficult

The longer that people live in California, it seems, the more likely they are to be misinformed, and possibly brainwashed into ignorance. The supporters of Proposition 13, says Mr Nalder, have for three decades framed the debate as the “little guy versus the established powers”, with images such as that of a grandmother being taxed out of her home. Homeowners who are happy with their low property taxes might therefore ignore the fact that large firms, trusts and hedge funds which own commercial property benefit just as much, because that would “disrupt that clean narrative”. They also ignore the fact that property taxes elsewhere are high.

In theory, the solution to this misinformation already exists. It is the official voter-information guide issued by the secretary of state before every election. It is genuinely impartial and thorough. But it is also daunting. Depending on the number of ballot measures, it can be a tome and the perfect way to spoil a weekend. Only one in three voters told the PPIC that it was the “most helpful” information source in their decision. (Moreover, they did not specify how much of it they had actually read.)

The rest said they relied on advertisements, the internet, media coverage and the like. What this mostly means is attack ads, financed by the opposing campaigns and their proxies. In the run-up to an election all of California turns into a shouting match, with union members (or environmentalists, or marijuana lovers, or whoever) taking to the roads and shoving signs (“Yes on 19!”, “No on 23!”) under windscreen wipers. At home the robocalls continue the onslaught. In such an atmosphere Ms Nalder’s findings about misinformation should not be all that surprising. For amid all this confrontation, there is virtually no deliberation and analysis.

Many voters are conscientious. They try to read the wording of the initiative, but find it forbidding. The language is dense legalese, often containing double or triple negatives. And the measures have inexorably been getting longer. In the 1980s each typically contained between 1,000 and 3,000 words, which seems more than long enough. But nowadays they often exceed 10,000 words apiece. Two measures on the 2006 ballot weighed in at more than 17,000 words (half as long again as this special report). And one ballot can contain a dozen of these.

So it is surprisingly common for a voter to cast a yes ballot when he means no, or vice versa. In one notorious example from 1980, the label on a measure was “rent control” (later changed to simply “rent”). It was in fact an initiative by landlords who wanted to get rid of rent control. A later study revealed that 23% of voters wanted to preserve control but mistakenly voted yes, and that 54% were against rent control but voted no. The initiative was thus lost when it should have been won.

Indeed, voters constantly complain that initiatives are too complicated. Two out of three told the PPIC poll in December that the wording of the initiatives was confusing. But over-complex language is only one worry in a process where every statute and constitutional amendment interacts with every other to shape policy in this huge state. It raises the more general question of how large, diverse and dispersed populations filter information and arrive at decisions. “If those most likely to think they have a grasp on political information are in fact wrong,” says Ms Nalder, there may be a need to “think twice about the wisdom of direct democracy”.